The city of Magdeburg is multifaceted, not only in its history, but also in its current everyday life. The capital of the federal state of Saxony-Anhalt combines sports, culture, art, production and the creation of values. With its many parks and green spaces, it invites you to linger and marvel. Below, you can find some information regarding the history of the city, Otto-von-Guericke, the university of Magdeburg and the famous artist Friedensreich Hundertwasser.

Magdeburg is not unjustly called one of the greenest cities in Germany. The city area covers 201.84km2, of which 54.3% is covered with vegetation.  The official parks of the city occupy an area of 4.63km2. Each of the 239,408 inhabitants of the city can enjoy an average of 19.40m2 of green space. More information about parks and green spaces in Magdeburg can be found here.

First of all, this short video will give you some impressions of the city.

Magdeburg was first officially mentioned in 805. Otto I, Holy Roman Emperor, founded in 968 an archbishopric in Magdeburg, the city that is associated with his afterlife like no other. For Otto, the archbishopric was the decisive prerequisite for the Christianization of the Slavs. As a bishop's seat and palatinate, Magdeburg quickly achieved a high level of economic, cultural and social prosperity. A privilege of Emperor Otto II from 975 mentions the right already granted by Otto I for the Magdeburg merchants of free trade and freedom from customs duties throughout the empire with the exception of the cities of Cologne, Mainz, Trier and Bardowiek.
The legal status of the merchants' association and the right of the Magdeburg archbishop over the local market were roots of the Magdeburg law. The city law privilege issued by Archbishop Wichmann in 1188 represented the further development of the already existing law and brought important advantages for the city citizens. Magdeburg law became more and more a model for other cities. A large Magdeburg city law family emerged; Magdeburg became the supreme court of jurisdiction.

In the 16th century Magdeburg was considered a stronghold of Protestantism. In 1524 Martin Luther preached in St. John's Church. The Reformation prevailed in the Lutheran sense. In 1531 Magdeburg joined the Schmalkaldic League. 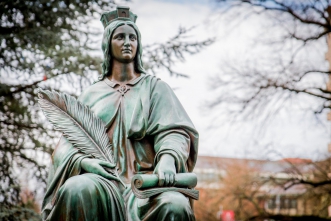 Since the 1930s, there has been a rapid industrial upswing, promoted by the introduction of steam navigation on the Elbe and railroad construction. In the 50's and 60's, the metal industry, especially mechanical and apparatus engineering, became the determining factor of the economy.

The old town, whose area had remained almost unchanged for several centuries, had to break away from the belt of fortifications constricting it. In the last third of the 19th century, the city began to expand. Sudenburg, Neustadt and Buckau were incorporated. In 1900, the city had about 230,000 inhabitants. Further incorporations followed from 1908.
In the 1920s, Magdeburg made a name for itself as a 'city of the new building spirit'. Among other things, large housing complexes were built.

On January 16 and 17, 1945, Magdeburg was heavily bombed two nights in a row and 80 percent of the old town was destroyed. Thousands of dead were mourned. After 1945, reconstruction began. Today, the street scene is completely different. The many narrow alleys in the city center disappeared in favor of spacious streets and green areas. An east-west axis, the Emst-Reuter-Allee, was created. Otto von Guericke had already planned it. Since the 1970s, several new residential complexes have grown up on the outskirts of the city. In recent years, construction has been concentrated in the city center.
© http://www.zeitspurensuche.de/02/o3md1.htm 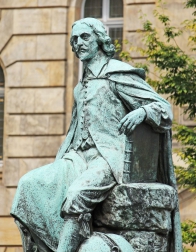 Otto von Guericke University Magdeburg (OVGU) was founded in 1993 and is one of the youngest universities in Germany. Named after Otto von Guericke, the university's roots lie in the three higher education institutions that previously existed in the city of Magdeburg: the Technical University, the College of Education and the Medical Academy of Magdeburg. With nine faculties and almost 14,000 students, it is a university centre for teaching and research in Saxony-Anhalt.

Otto von Guericke University Magdeburg has a distinctive profile. It aims to create a lean and sharply-defined structure with its main focus of expertise in the traditional areas of engineering, the natural sciences and medicine. It also views economics and management and the social sciences and humanities as essential disciplines for a modern university in the information age. The University sees its main task as raising the standard of education and scholarship through teaching and research. © https://www.ovgu.de/unimagdeburg/en/University/In+Profile-p-13.html 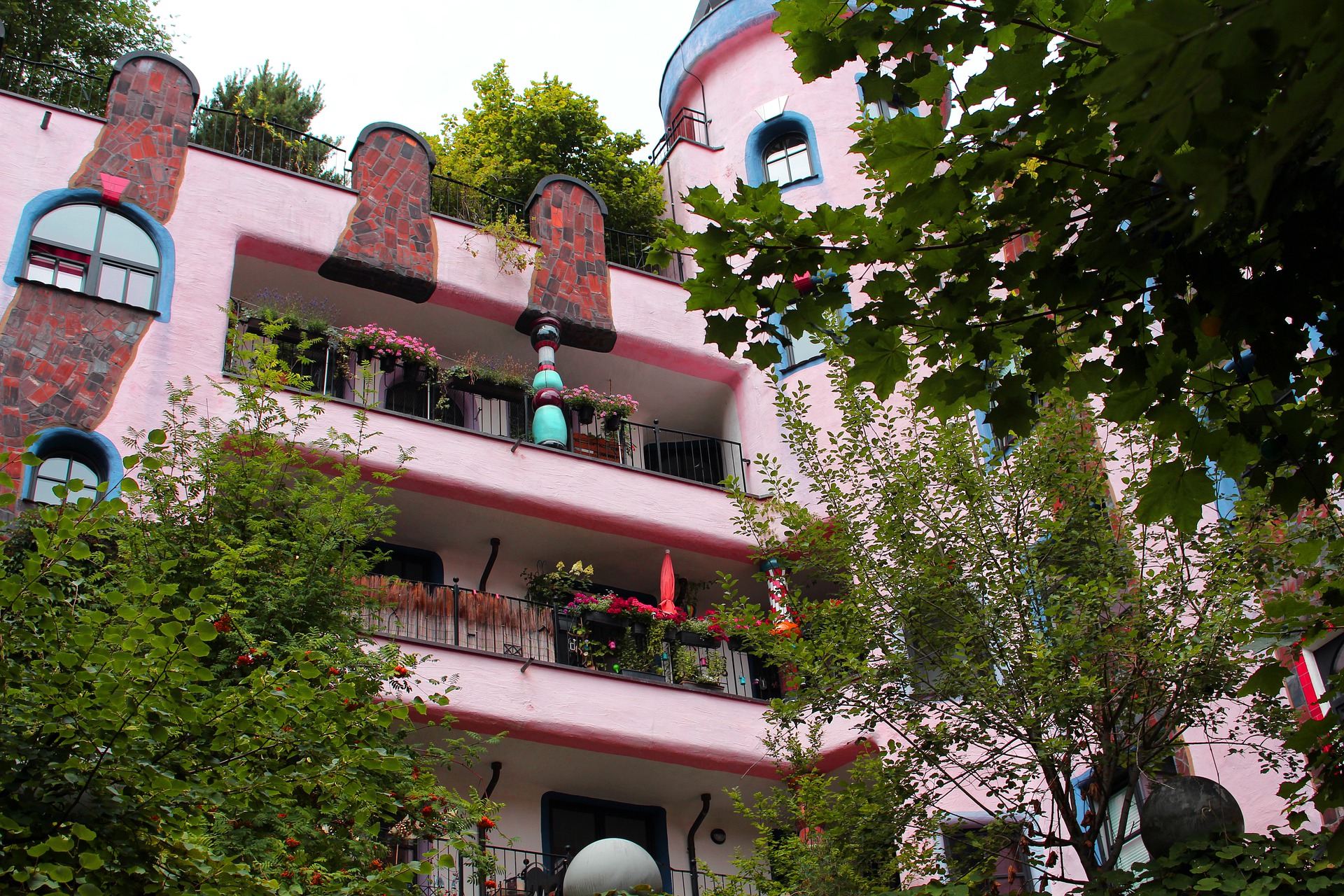 Through his architectural projects and the “window right” and “tree obligation” concepts, he worked towards creating individual living spaces at one with nature. He considered the task of leading human beings back to the lost paradise central to an architect’s responsibility.
The idea for a Hundertwasser architectural project in Magdeburg stems from a housing cooperative’s initiative “City of Magdeburg in 1954”. The cooperative approached Hundertwasser to refurbish a prefabricated concrete ‘plattenbau’ high-rise back in 1998. The renovation project was abandoned in favour of a new construction. In 2002, GERO-AG embarked on the realisation of this project. With a ground-breaking ceremony in December 2003, Hundertwasser’s dream came true three years after his death. Hundertwasser had still been working on the plans for Magdeburg’s Green Citadel until shortly before he passed away on the 19th of February 2000. Since all plans were complete, the scale models and countless sketches were available, this architectural project could go ahead even without the artist. Hence, Magdeburg’s Green Citadel is the last building designed and realised by the Austrian artist.